[[car behind truck at stoplight, see light blinking. "How's my driving? Call ...."]] [[zoomed in on the sticker]] [[split panel]] Operator: Zippy Shippy Driver Evaluation Hotline. Operator: Would you like to register a comment? [[Truck takes a right.]] Driver: Whelp, I've been behind Truck 481 for about ten minutes now. Driver: And since you asked me, I'd say the driver is performing adequately. 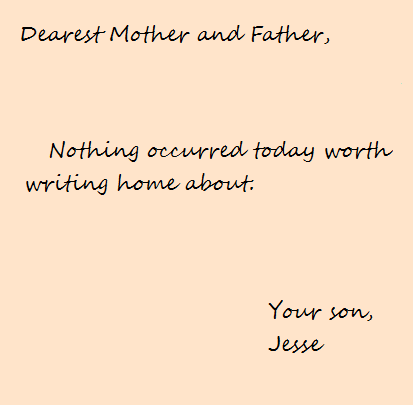 Do you think the systems that respond to driver evaluations even have a way to input an adequate performance review? I imagine a world where end of year assessments rely on comparison of received scathing reviews and f-yous (which is a solid album title) to a Poisson distribution. Really, it’s best practice for a seasoned trucker to season his “How’s My Driving?” bumper sticker with a dusting of dirt and mud.

While infrequent, I’ve received enough puzzling honks and unexpected bird flippings that I’d consider adopting such a system. If I scrawled my own number to a bumper sticker affixed to my vehicle, should I expect more conversations with raving lunatics or curious drivers-by?
————-
Last week’s comic inspired the lovely Blaze.

Coming home from a basketball game Friday night, I walked in on her finishing the first episode of The Flash.

Coming home from an ultimate game Sunday afternoon, I walked in on her finishing the sixteenth episode of The Flash.

I’m not even mad. That’s amazing.