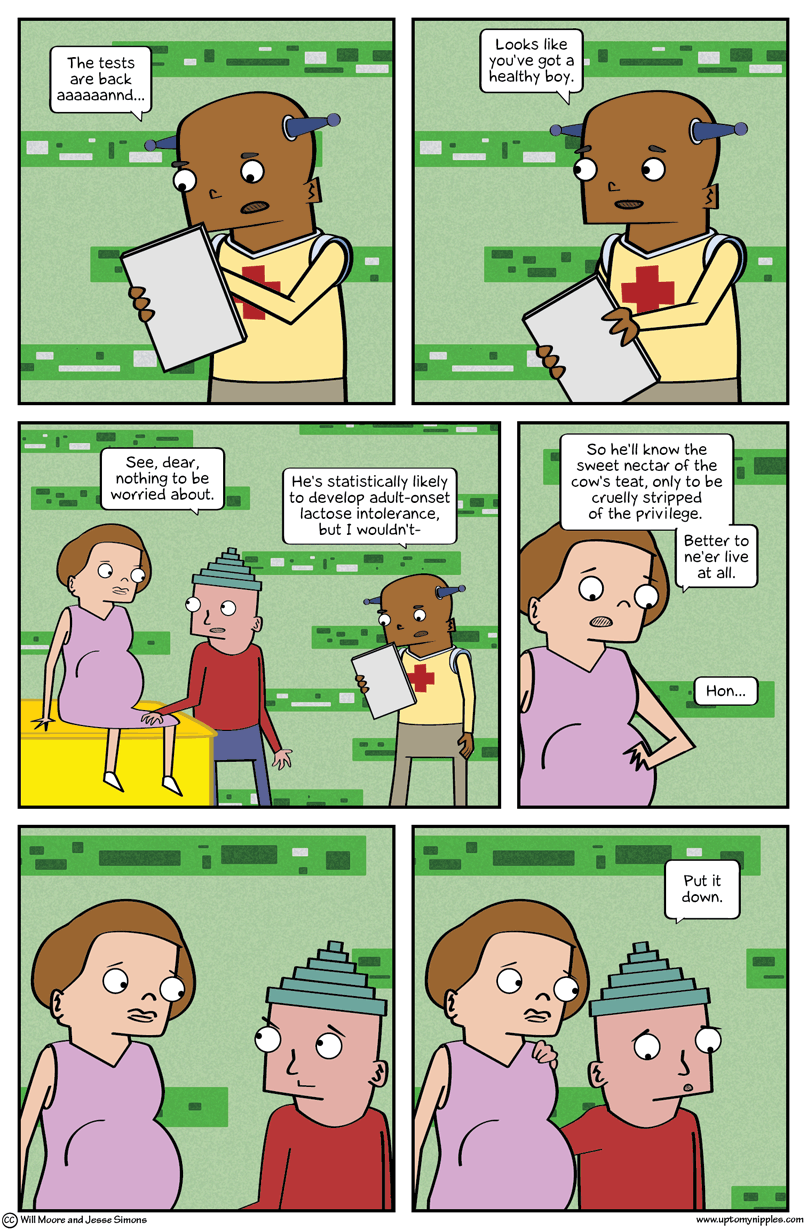 [[Futuristic doctor]] Doctor [[reading from clipboard]]: The tests are back aaaaaannd... Doctor: Looks like you've got a healthy boy. Dad: See, dear, nothing to be worried about. Doctor: He's statistically likely to develop adult-onset lactose intolerance, but I wouldn't [[interrupt]] Mom: So he'll know the sweet nectar of the cow's teat, only to be cruelly stripped of the privilege. Mom: Better to ne'er live at all. Dad: Hon... [[She looks at him for a panel.]] [[Hand on her shoulder.]] Dad: Put it down. 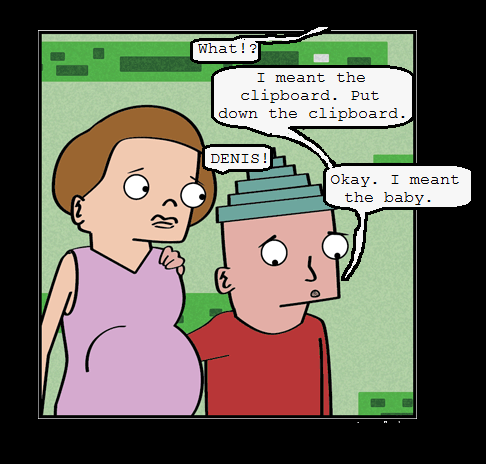 Any minor piddling genetic inconvenience would have sufficed, but when there’s an opportunity for a veiled or unveiled cheese reference, you’re damn right we’re gonna take it.

Since 65% of the world’s population suffers some lactose intolerance post-infancy, I’d say this is just about the piddlingest of piddles. Though, a large portion of those poor souls are East Asian and thus barely culinarily affected by their digestive shortcoming (hooray evolution!).

Such trivial hyperbole, of course, is meant to stress the dangers of designer babies. If we allow selective abortion for Down Syndrome where do we draw the line? Who is anyone to tell me I should value mental capacity over dairy capacity in a child? Though, honestly, I’d rather reroll my procreation for super-powers instead of handicap avoidance. Like super-tasting. Or a sweet-ass prehensile tail.