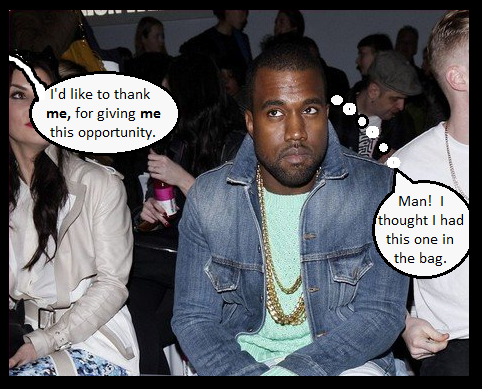 And the award for our best use of (quasi-)recursion goes to that third panel.

And the award for inconvenient turn of events considering we wrote this comic before the Grammys aired goes to Mumford and Sons winning best album. They’re not REALLY on an independent label; outside the US they’re on major majors. But still, sort of independent.

And the award of nipples points goes to those who can name the three presenters in this comic.

As nuclear fallout from the bomb that is easy digital distribution continues to render the music industry a smoldering monetary hazard, I almost made the mistake of trusting semi-recent history in writing “4 major labels,” instead of the 3 that plod on. Like ugly reminders of mistakes past. Entirely unlike, but via metaphor, related to these awesome reminders of a job well done.