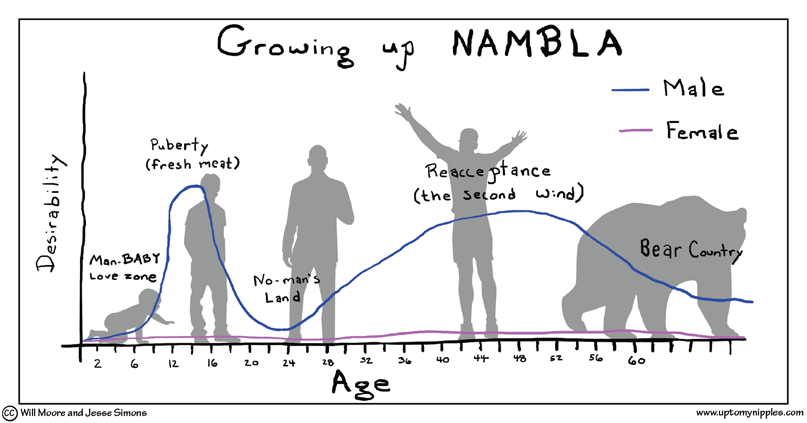 You may not have caught the old blog post where I brought up NAMBLA, constructed this joke, and then withheld it from you so that we could create this very chart, so I’ll refresh your memory. The acronym stands for North American Man-Boy Love Association, and incredibly, it’s real. Seriously, I have no idea how this association treats men from the ages of 18 to, I don’t know, 26, but I imagine they’re not getting any star-treatment. At least not without amazing disguises.

We’ve attempted chart humor once before, and it’ll be sooner than later that we try it again. You’d think that with the simpler art, I could pull my weight by helping in the actual drawing. I promise you, it’s better for the all of us that it’s not the case. Otherwise, you might end up looking at garbage like this ROUGH first draft.