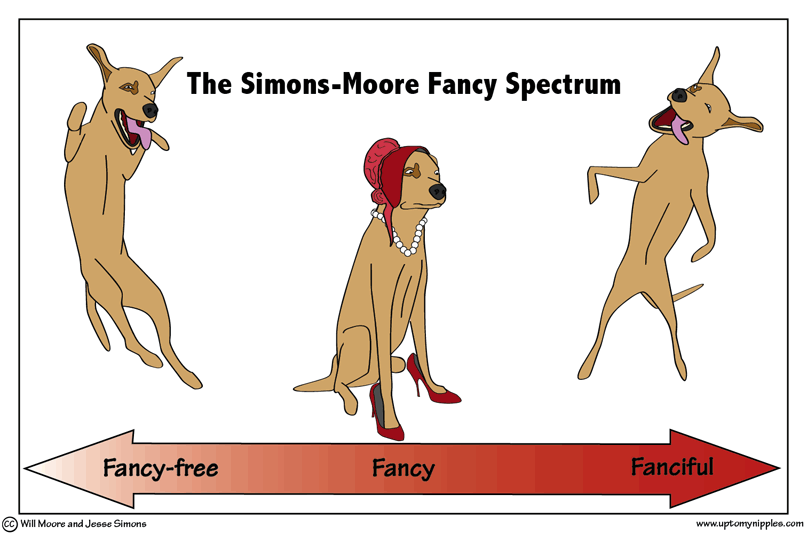 I bet you could tell by the Saturday release that something fishy was up this week. Well, that fishy smell was this bonus comic, earned by all the extra facebook fans that joined when we begged. Thanks again, everyone. And if you didn’t know we released on Saturday, then fan us on facebook or subscribe to our RSS already, won’t you.

Okay, the title isn’t accurate; this shouldn’t be someone’s first English lesson. Though it might as well be. It forces one to come to terms with the most important fact of all: English makes no, pardon my French, fucking sense.

Before we wrote this version, we considered a Julie Andrews take. Sound of Music (spinning on the hills) to Princess Diaries to Mary Poppins. If our primary goal were to tout our cleverness, the alternate bit would have been good to go. But when it comes to entertaining the masses, adorable doggies reign supreme.