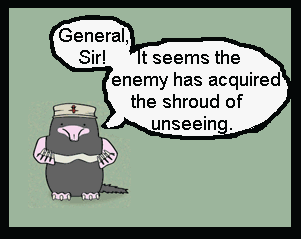 Those little guys are moles, a set of mammals of which I apparently had limited accurate knowledge. I bet, and lost to my cohort/enemy, moles were three times as large as they are in actuality. Turns out those buggers are small. And in opposition to our second panel, can’t see color. And certainly would smell a fox at that distance. But for humor, ignorant stereotypes prevail.

In Will’s mind, Fantastic Mr. Fox rests atop a pedestal held up by a panoply of smaller pedestals. The movie, that is. The book’s just above average pap. His stance must have played a major role in him agreeing to draw this, this oddity.