[[Mom touching chin of son.]] Mom: I know this is hard for you to understand, Jeremy, but you were switched at birth. Mom: You need to go and live with your real parents now. [[Held by warden.]] Kid: ...mom... [[Dad with bear cub on shoulders.]] Mom: If we stay any longer, I"m going to cry. [[Warden lowering child into zoo's bear exhibit.]] 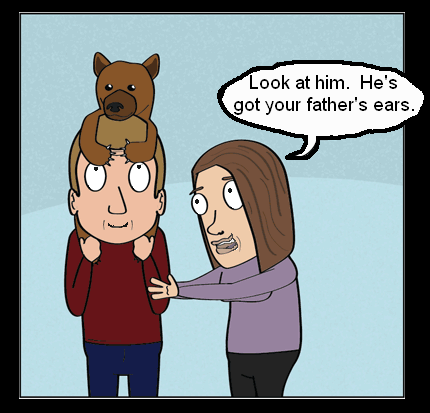 If bad things happen to seemingly innocent people, it was probably Will’s idea. From what I can tell, it’s his idea of the highest form of humor. And all this time I thought it was the pun.

For the first twenty or so minutes of Changeling, I wondered why the dialogue seemed so stiff and why emotions were portrayed heavy-handedly. Then I realized/remembered it’s a Clint Eastwood film, and everything made sense. If he’s not the most overrated director in Hollywood, who is?

Yeah, and how many Best Director nods has he gotten.
-Jesse