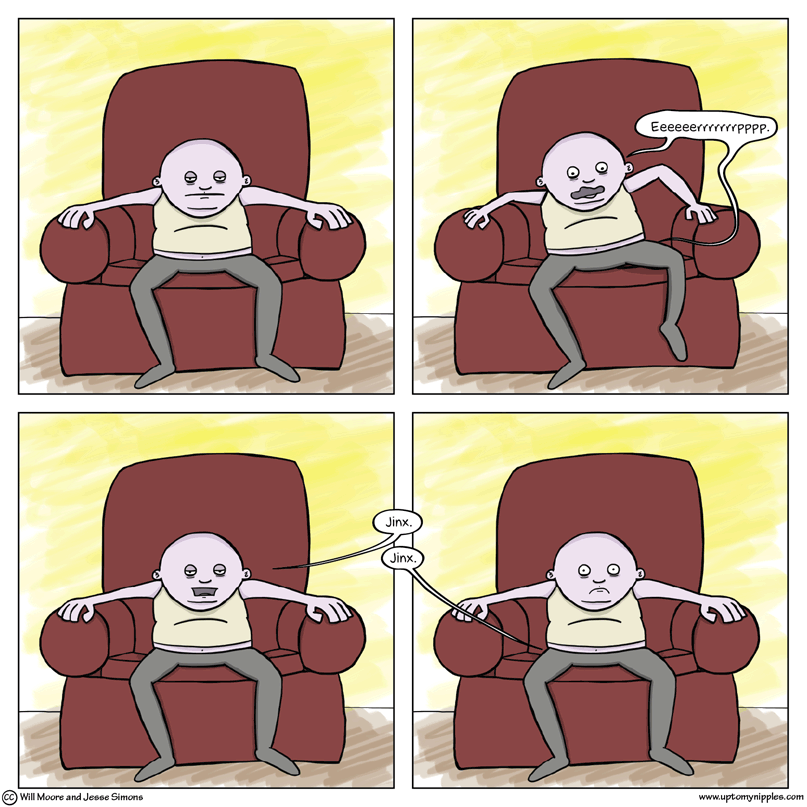 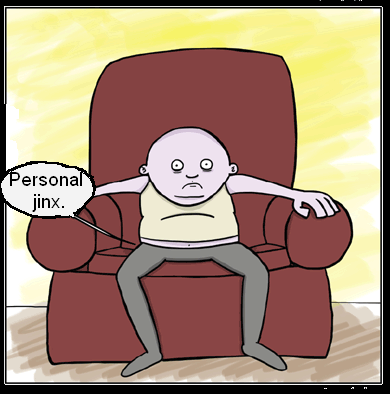 In some ways, this is a pretty similar joke to another one we did recently. And in other ways, like on the romance spectrum, it’s most definitely not.

We briefly considered having the joke star a woman for the triple jinx. Those bottom blasts are way closer in timbre than a burp’s bellow. In fact, if a girl’s confident it’ll be odorless, there’s probably no better way to sneak a fart during sex. Does this happen?