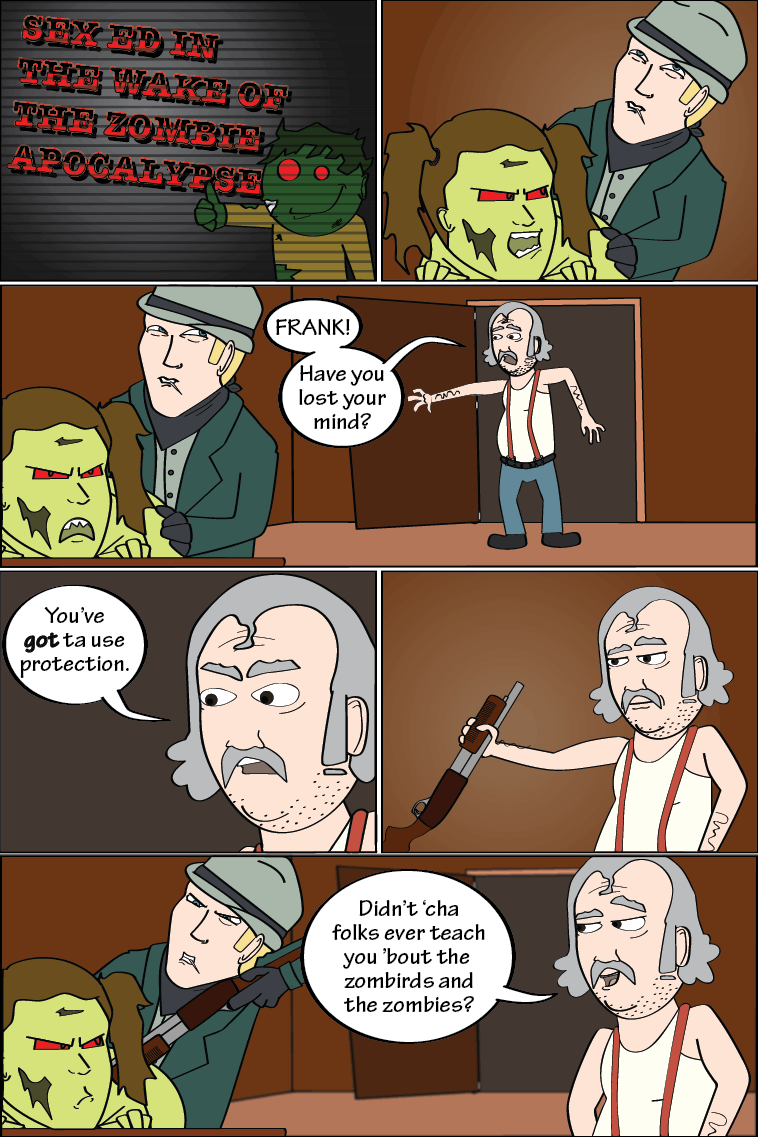 [[bold angled letters, zombie with thumbs up]] Sex Ed in the Wake of the Zombie Apocalypse [[Frank having sex with a zombie from behind]] [[Uncle bursting in]] Uncle: FRANK!. Uncle: Have you lost your mind? Uncle: You've [[bold]]got[[bold]] ta use protection. [[Uncle knowingly hands shotgun]] [[Still having sex with zombie, shotgun up to head. Other guys smiling satisfied.]] Uncle: Didn't 'cha folks ever teach you 'bout the zombirds and the zombies?

Today’s comic has a strange layout; it was initially intended to be a guest strip for the surprisingly well-written and readily expanding Zombie Ranch universe. We already had a zombie strip in mind, inspired weeks earlier watching The Walking Dead, so we thought we’d take a stab at Zombie Ranch canon to fill in for the authors off at San Diego Comic Con. In their infinite wisdom, Clint and Dawn thought it unwise to expose their audience to their beloved characters in such compromising situations. But they were gracious enough to let us abuse their characters on our own site. Help us return the favor by checking out their artistic lovechild. I should warn you, our take is very much a parody, so don’t go expecting more zombuggering or anything akin to our irreverant flippancy. The comic’s only about 80 strips in, so start at the beginning and get hooked.