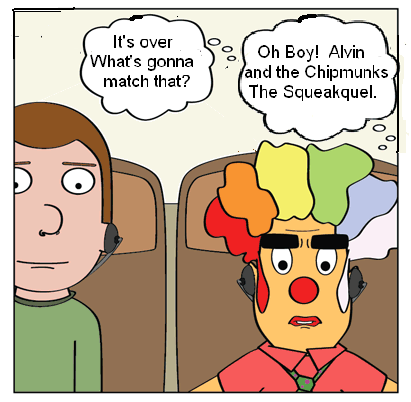 The joke doesn’t work as well if you don’t have a basic understanding of Humphry’s refined tastes.

Even though a lot of movies might have fit the bill for that last panel, few would have allowed us to toss nautical epithets at Gargamel, and no other would accurately present the source material.

You see, on a flight a month or two ago, I believed in my heart of hearts and more importantly my brain of brains that Horrible Bosses was a decent flick. But after being reminded of this phenomenon, I was overcome by the eerie fever dream memory of the five/ten minutes of Smurfs I watched prior being surprisingly adorable. Shudder. Is this what insanity feels like?