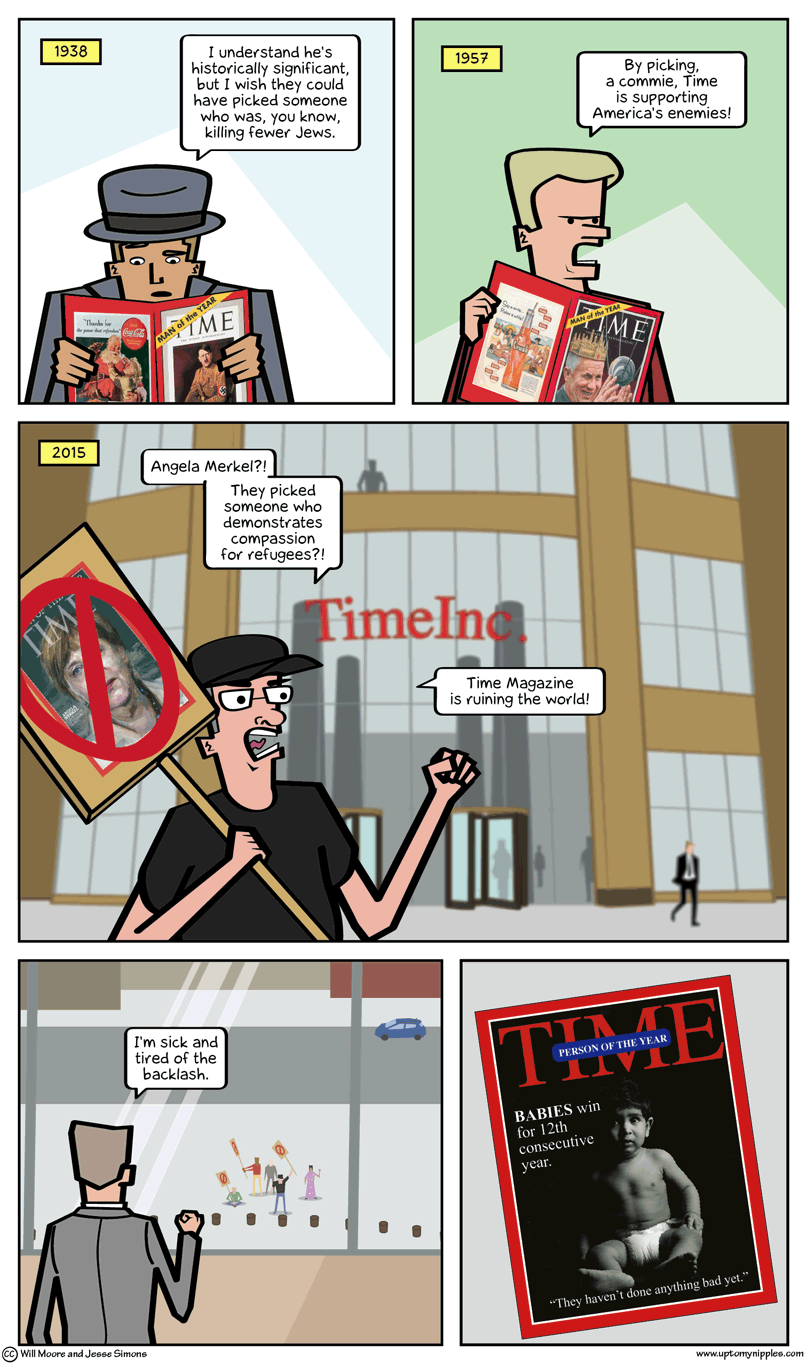 [[Hitler Cover]] Narrator: 1938 Voice: I understand he's historically significant, but I wish they could have picked someone who was, you know, killing fewer Jews. [[Kruschev Cover]] Narrator: 1957 Voice: By picking a commie, Time is supporting America's enemies! Narrator: 2015 [[People outside the office, protesting with sign]] [[See into building silhoutte of man]] Voice: Angela Merkel!?! Voice: They picked someone who demonstrates compassion for refugees! Voice: Time Magazine is ruining the world! [[CEO looking out window at protesters.]] Editor: I'm sick and tired of the backlash. [[Time magazine cover]] Babies win for 12th consecutive year. "They haven't done anything bad yet." 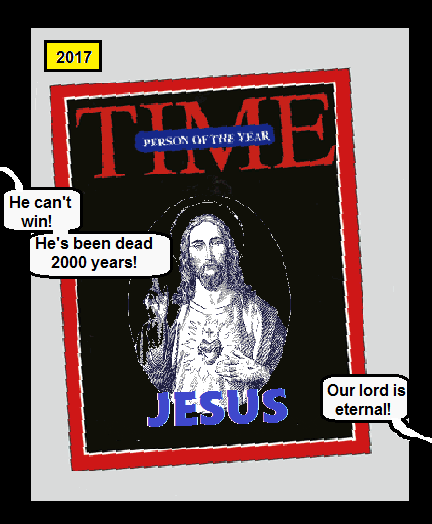 Our punchline neglects the Hobbesian stance that human nature is fundamentally evil, and them babies likely lied, cheated, stole and poopie-pantsed their way to those 12-consecutive titles. Reason they don’t foment the same public outrage as previous winners is all the new parents are too sleep-deprived to muster enough energy to picket.

People were actually up in arms about Merkel’s win, including conservative Germans, Trump, etc., but we fudge history elsewhere. In 1938, Americans, and thus most Time readers, were only just discovering the extent of Hitler’s antisemitism. They knew nothing of a holocaust. So technically speaking, the slight distaste in the first panel is, believe it or not, an exaggeration. But you know, it’s Hitler, and it’s not everyday we get to make passing Hitler references, so we kept it.