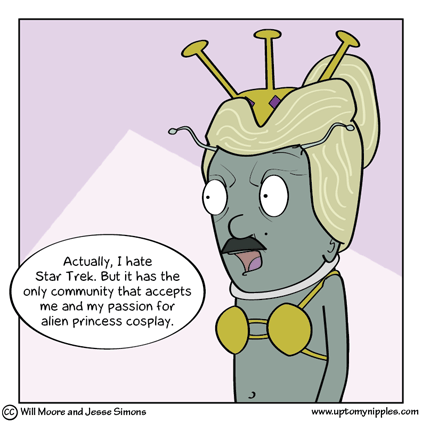 [[Man dressed up as female star trek character.]] Actually, I hate Star Trek. But it has the only community that accepts me and my passion for alien princess cosplay. 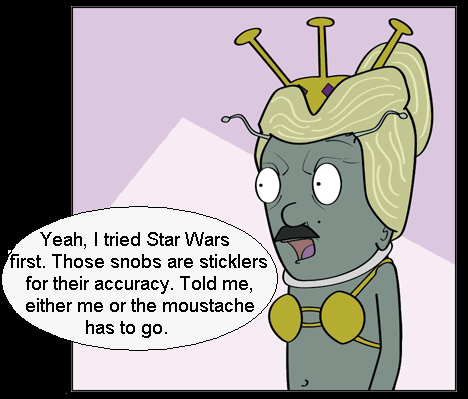 We just as easily could’ve gone with Star Wars or some other convention-worthy sci-fi series, but airing what many consider the first televised interracial kiss gives an intellectual property some risque street cred.

Since it reads like a The Bad Chemicals joke, I thought Will might draw in the style of said awesome interweb comic. Turns out, those big pointy noses just couldn’t handle the moustaches we wanted to pack. Go big moustache or go home.

I know, I know, it’s been too long since our last Sunday Special. For while they were coming out so often that they ceased being special at all. Hopefully, their absence brought some of that glitter back. And even more hopefully, we have the time and humor chops to bring them back to the realm of unspecial once again.