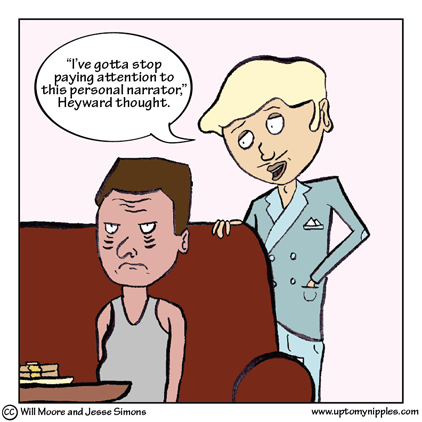 Will’s off tending to his newly collegiate girlyfriend, so I’ve been left to man the ship alone. Let that and sleepiness be my excuses for my utter lack of cleverness.

Hopefully we didn’t steal this joke from Stranger than Fiction. I probably ought to have rewatched before releasing the strip, but eh, I’ll just let someone scold us for plagiarism and move on. By the way, that movie’s not bad.

Come back Wednesday. We’ve got something “special” in store for the milestone.