"The first step in overcoming any dependency is admitting a problem exists." [[Mo sitting at computer. Google search bar.]] [[Google searched in google.]] [[Back to Mo.]] Mo: Fuck. 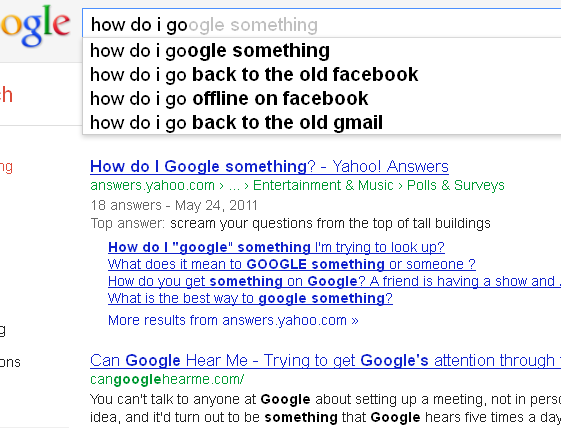 I do this too often. Less a sign of dependence and more a sign of brain dead-ence. Another common cause: carelessly selecting the google search bar instead of the address bar in Firefox.

It’s hard to not get behind the sort of clever bastards who’d incorporate jokes into a search engine. Like have you ever googled “recursion“?

I was unaware until researching the 12 Steps for this strip how religious the therapy program is. Worrisome, isn’t it, replacing chemical dependency with intellectual dependency? I might rather the former.