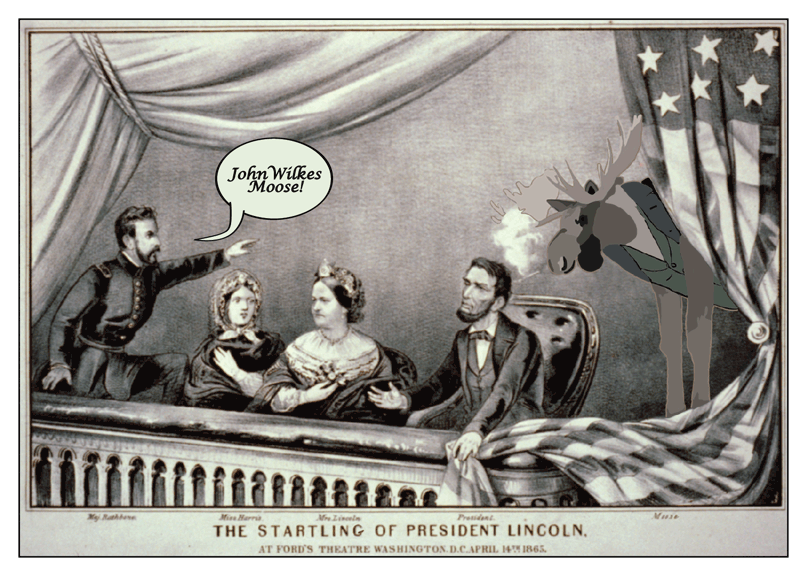 On performance nights famed actor John Wilkes Booth stashed his prized pet, ingeniously named John Wilkes Moose, in dressing rooms and prop closets. Though fully domesticated, when the great bearded beast wandered out and approached Abe, most likely in search of the source of the foul odor emanating from the sporadically groomed president, the secret service had no choice but to put the moose down. Having lost his beloved companion, in a vindictive rage, Mr. Boothe performed his most notorious act of all. Suspecting the American people couldn’t handle the truth, The Union jumped at the opportunity to redirect the unified rage toward The Confederacy.

Been a while since we released a one-paneler, and even longer since we participated in revisionism, so grouse all you like, we earned the “break.” Complain enough, and next time you get James Earl Moose. More? TouMoose-Lautrec. Yeah, you don’t like that? Moose-tafa Ataturk. We only go more obscure from here.

P.S. Best part’s the near illegible writing underneath. President…Moose.