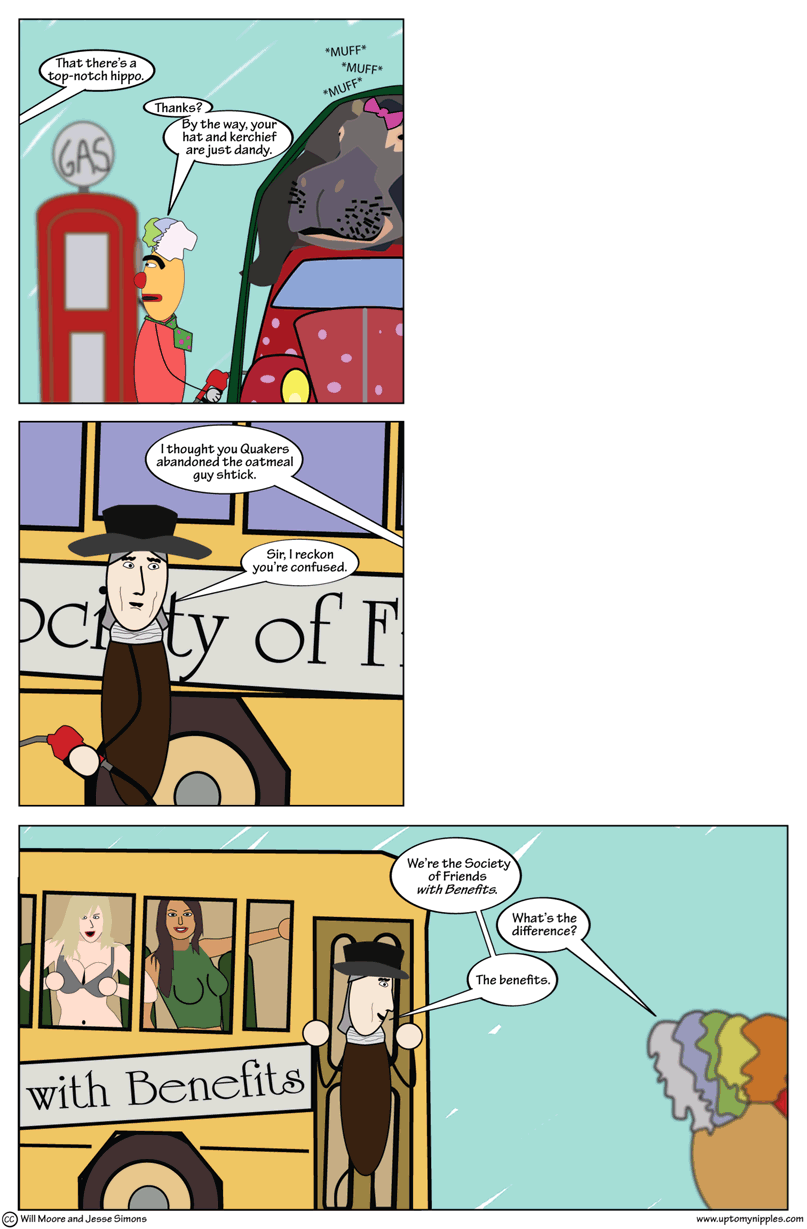 [[At gas station, Humphry pumping gas, hippo bungee corded to the roof]] Hippo: Muff. Muff. Muff. Quaker:[[off-panel]] That there's a top-notch hippo. Humphry: Thanks? Humphry: By the way, your hat and kerchief are just dandy. [[Quaker pumping gas into his bus, middle visible reading "Society of Friends"]] Humphry:[[off-panel]] I thought you Quakers abandoned the oatmeal guy shtick. Quaker: Sir, I reckon you're confused. [[Quaker walking onto the door of the bus, end of sign visible, hot girls in windows, back of Humphry's head]] Quaker: We're the Society of Friends Humphry: What's the difference? Quaker: The benefits.

Back to our regularly scheduled programming in which the gang drives around doing unrelated things accompanied by a wild hippo. Please recall the source of said hippo; it may come into play in the future.

Stuff you should know about Quakers:

As a rule, I try to make my posts as antagonistic towards Jesse as possible. Consequently, I’ll be blaming him for the following things: