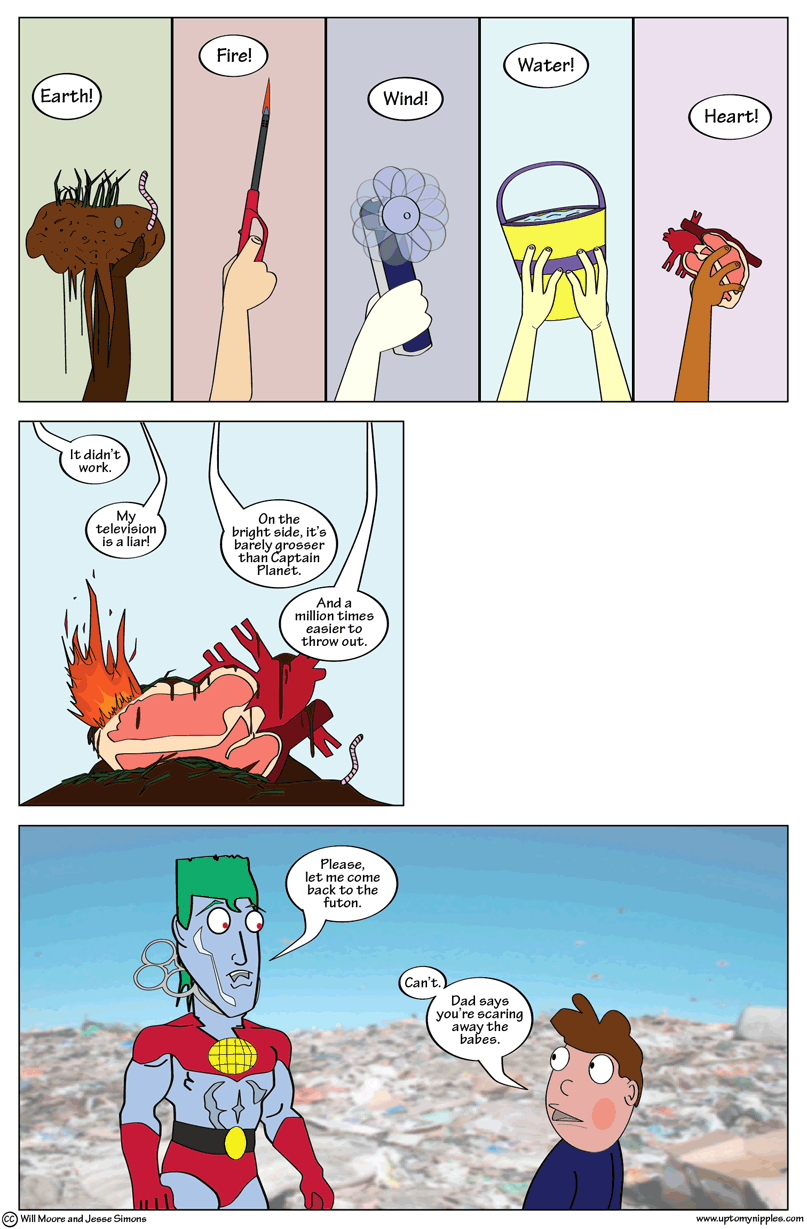 [[5-way split panel]] [[Handful of dirt and grass]] Earth! [[Long gun-shaped grill lighter with flame]] Fire! [[Battery powered hand-fan]] Wind! [[A bucket held by two hands]] Water! [[A heart]] Heart! [[Close up of a muddy/grassy heart partially on fire]] Offpanel 1: It didn't work. Offpanel 2: My television is a liar! Offpanel 3: On the bright side, it's barely grosser than Captain Planet. Offpanel 4: And a million times easier to throw out. [[Captain planet at the land fill, six pack lattice around his neck]] Captain Planet: Please, let me come back to the futon. Kid: Can't. Kid: Dad says you're scaring away the babes.

The Captain’s ripped, but he’s missing the accompanying je ne sais quoi that appeals to the hotties. Could it be the green mullet/flat-top combo that rears its ugly head on redneck women with terrible decision making? The blue skin? The greasy/glossy complexion? Maybe it’s the red eyes. I mean, who has red eyes? Villains and albinos. That’s who.

The thing about those six-pack beer lattices is that they only get stuck like that when you try to eat ‘em. What, you thought Captain Planet made pollution disappear magically?