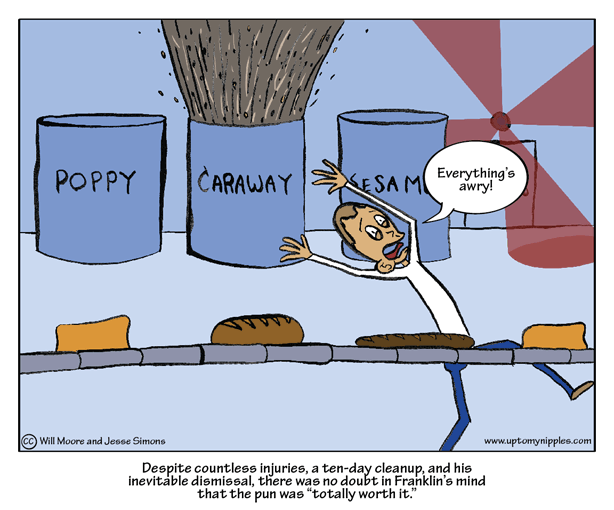 [[Three mini grain silos take up background. Left and right POPPY and SESAME. Middle CARAWAY exploding. Alarm going off]] [[Conveyer belt of breads moving across screen closer to the bottom. [[Man running across screen panicking hands in the air]] Man: Everything's awry! Narrator : Despite countless injuries, a ten-day cleanup, and his inevitable dismissal, there was no doubt in Franklin's mind that the pun was "totally worth it." 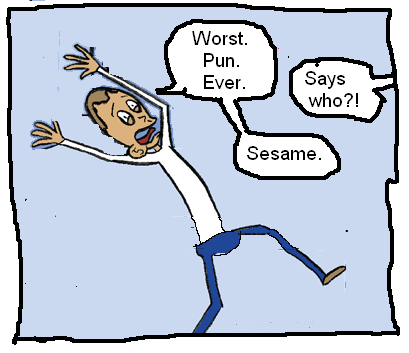 Terrible pun day doesn’t have to be over yet. BONUS PANEL!!!

Technically rye bread only requires rye flour, but (via wikipedia) “in the United States, breads labeled as rye nearly always contain caraway unless explicitly labeled as unseeded.” I found this out the hard way as a child growing up in and around Jewish delis. Those seeds = yucky bread.

Notice anything different about the comic? Will demanded he be allowed to test his growing artistic talent in hand-crafted blue pencil and ink. For a first go at it, not too shabby. Most importantly, in the off chance we become webcomic superstars, the original will fetch us a pretty penny.