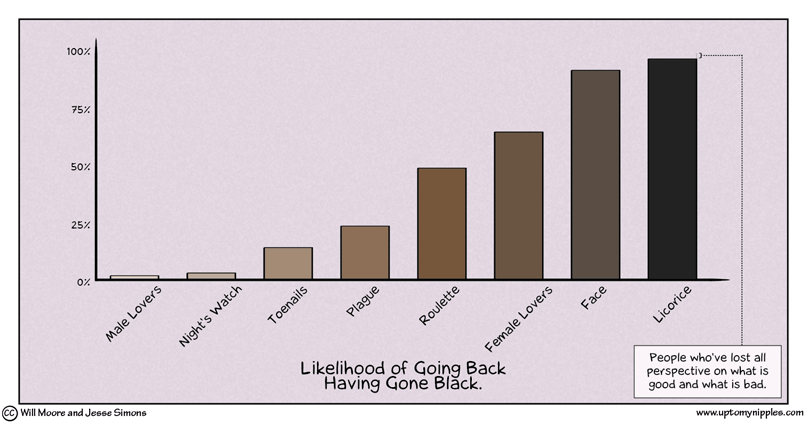 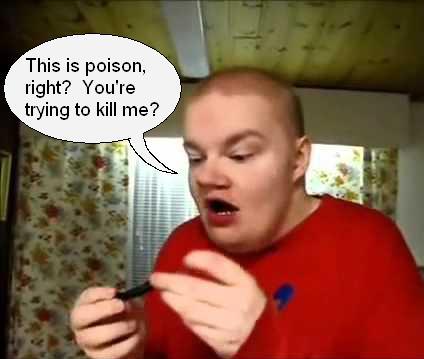 After partaking for years in the perfectly tame red counterpart, a child simply cannot prepare for the sudden punch to the mouth that is black licorice’s chemically-bittersweet flavor cocktail. First, he fears poison, as his instinct commands him to do. But then with blackened drool and tears running from his face, the victim registers the surrounding laughter, and takes note; it has become his task to pay forward. Perhaps, it’s only such trickery that keeps the putrid stuff on the shelf. And old people who don’t have the energy to bother tasting their food anymore.

Individually discussing the logic behind listed percentages above will take too long, but it should be noted that those not returning from black face were most likely killed for being black face in the first place.