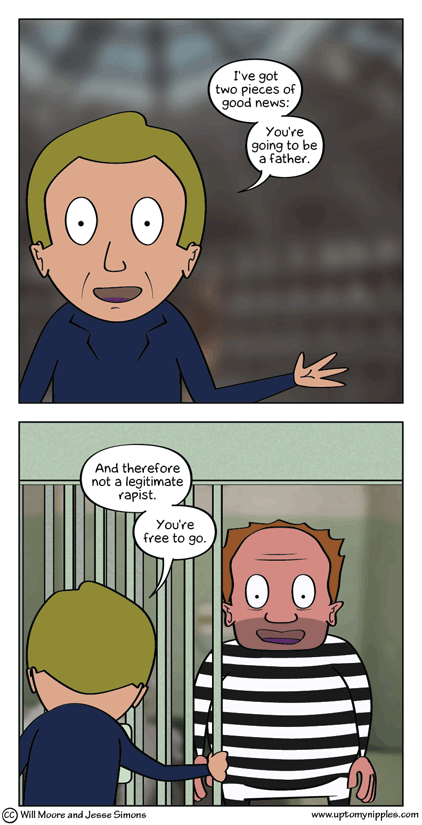 Guard: I've got two pieces of good news: Guard: You're going to be a father. [[Gaoler opening cell for inmate]] Guard: And therefore not a legitimate rapist. Guard: You're free to go. 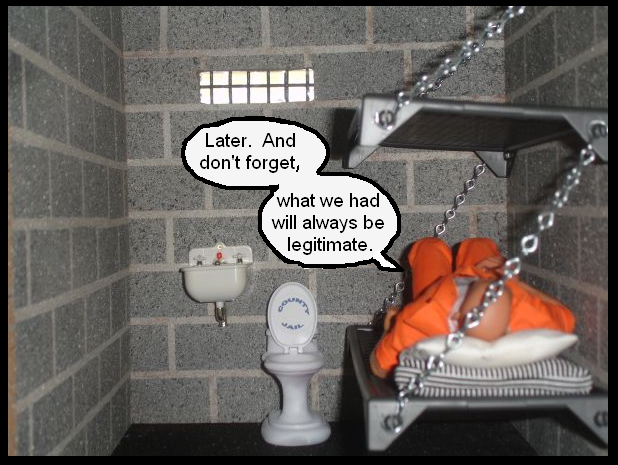 Normally, I avoid titles that might give away the joke. But this one was too good to pass up. Plus, how many of you read the titles anyway. Double plus, even if you did, you probably were immediately distracted by the beat in your head.

Production line turnaround makes timeliness with pressing news stories difficult. Thankfully, this one’s so ridiculous that it remains funny days/weeks later. Say what you will about the Republican Party, but they do occasionally make rape jokes acceptable.

Why do the British get all the awesome spellings. C’mon, gaol vs jail. What were we thinking?