Love is a Double Take 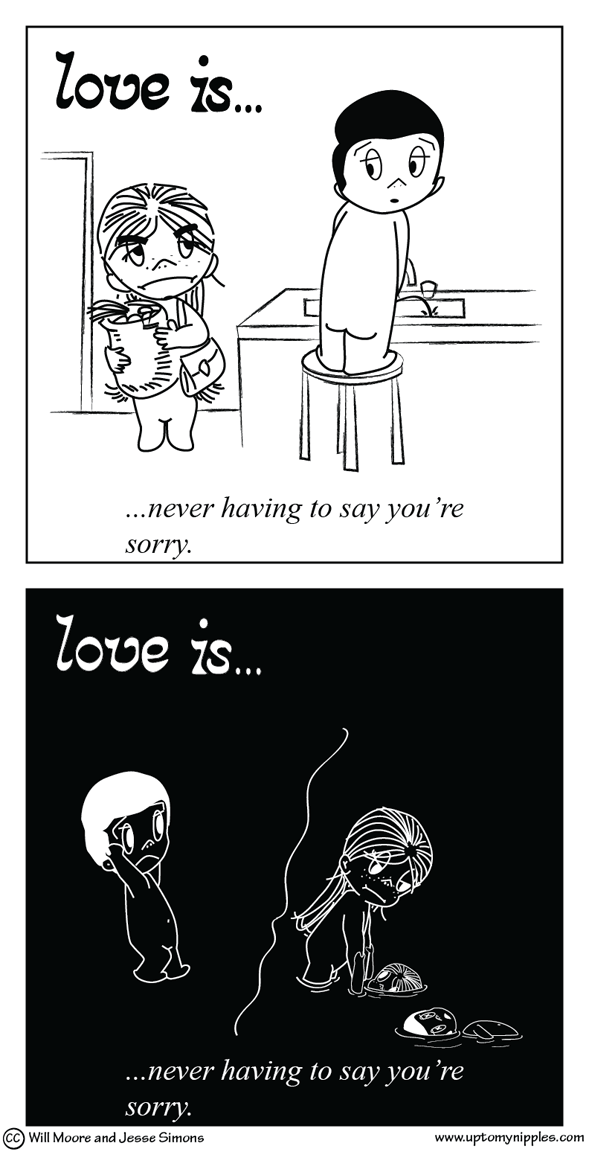 Not a typical comic, but a little bonus love to celebrate the special week. Sometimes Someday means Saturday, boys and girls.

That second panel is as dark as we’ve gone, literally and figuratively. Hopefully, no one was scared off. We’ll be back to light-hearted and frivolous in two shakes of a lamb’s tail.

This joke has apparently been done a million times a million ways, but we came up with it independently, so we feel that we’ve earned a stab at it ourselves. There are several references and allusions here; we can’t possibly expect you to care enough to catch them all. At least not without some incentive like nipples points which we’re not in the mood to dole out. Considering the quote is a word off and the imagery in the second panel is nothing like the movie, it’s not worth it anyway.