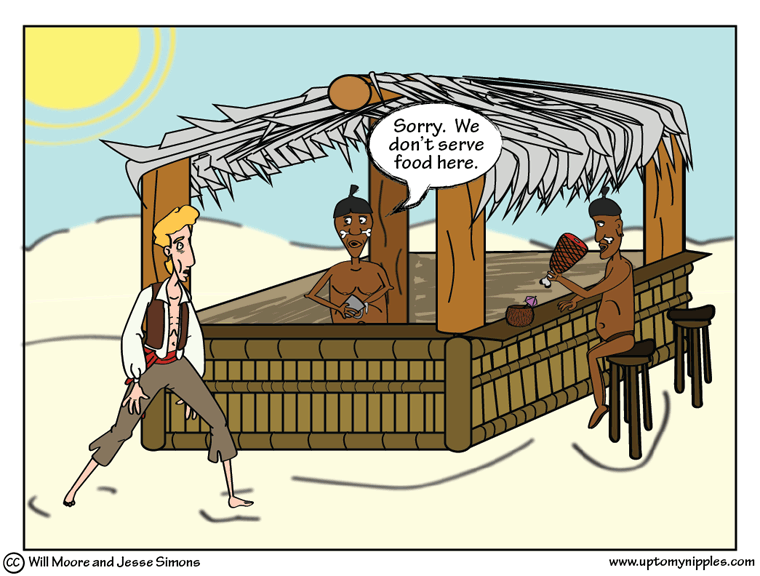 My friend Wes, recording studio owner and musician extraordinaire, came up with a spoken version of this joke involving a turkey sandwich and a bar. I’m for sandwiches as much as the next guy, but I decided to re-purpose it and made it a tad more intellectual (read: unnecessarily oblique) in the process. As a fellow fan of the Monkey Island series, I’m sure he’ll understand that this opportunity to draw Guybrush was too good to pass up.

How about that look the other tribesman is giving his food? “It’s me and you meat, and despite your preposterous size relative to my head, I intend to eat you entirely.” I relate to the sentiment. Back in my carnivorous days, I would savagely attack the enormous Disney World (and Renaissance Fair) turkey legs like a foe to be felled.